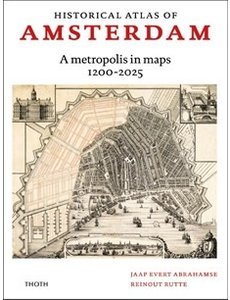 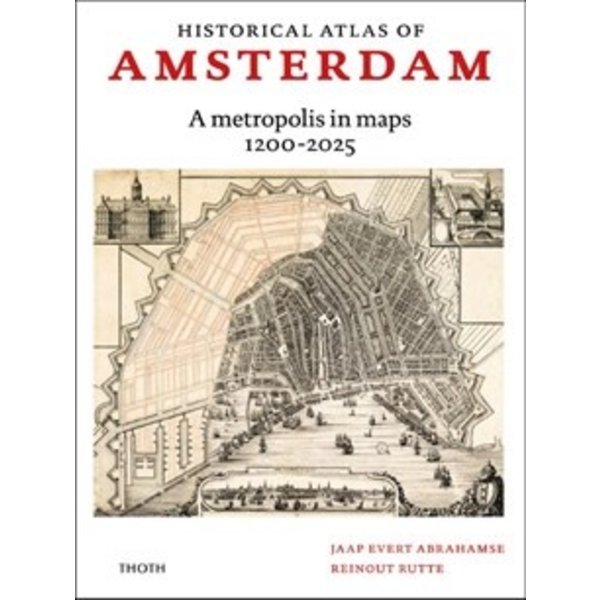 Read or write a review

This atlas presents the spatial development of Amsterdam through a series of historical and newly drawn maps, from the city’s humble beginnings to the present day, and in an international context. Comparisons are made between Amsterdam and cities like Venice, London, Paris, and Vienna.

Amsterdam originated around the year 1200 as a small port town at the mouth of the river Amstel. In the 16th century, the rapidly growing merchant town became the bustling centre of the province of Holland. A hundred years later, in the Dutch Golden Age, Amsterdam grew into a powerful metropolis with connections across the globe. This was the time when the famous Canal District and the new town hall on Dam Square were built. The city dominated the surrounding region: dozens of lakes were drained to create agricultural land to feed the city, and wealthy Amsterdam citizens built themselves hundreds of luxury country houses.

After a period of dramatic decline, the opening of a canal to the North Sea in 1876 inaugurated an era of renewed growth. Amsterdam’s Second Golden Age manifested in large-scale extensions and embellishment projects. In the 20th century, Amsterdam was one of the first cities in the world in which urban planning was guided by Modernist ideas about light, air, and space. It was the time of the garden cities, culminating in the ‘city of the future’, the megastructure of the Bijlmermeer housing estate. The latest urban extensions occupy a series of artificial islands, but the most remarkable achievements are the successful redevelopment of former dockyards, and the international business centre arising in the Zuidas area, close to Schiphol Airport. 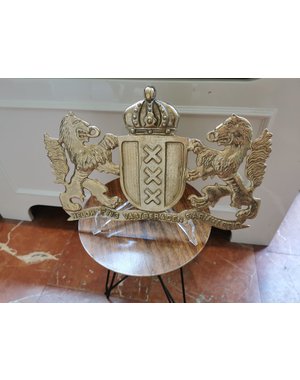 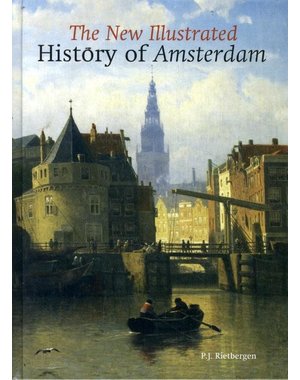 An illustrated History of Amsterdam